This is your basic towering beast with a large weapon that so happens to be aided by the presence of pools of lava.


Considering the lava is more of an annoyance than an actual threat, that one distinction does not save this encounter from becoming a low-tier fight. In the case of Covetous Demon, it certainly could have done with one less. Covetous Demon is a huge slug-like creature that bears more than a passing resemblance to Jabba the Hutt.

Beating him requires little more than circling around his attacks and hitting his tail when available.

Overall, the encounter contributes nothing substantial to the game or franchise. You know, callbacks to previous bosses are not necessarily a bad thing.

The taming book three in the pet shop trilogy

It certainly feels good to beat this tough boss, but the whole encounter feels surprisingly close to nostalgia exploitation. This boss fight earns some extra points for the theme. The room the fight takes place in is well-designed and the idea of a congregation of deacons protecting the archdeacon amongst them is neat enough. However, this is one of those unfortunate boss fights that is really just a mob of mostly standard enemies that you have to wade through. First off, can we give some love to the From Software employees responsible for the naming of bosses?

The smaller spiders Freja attracts can make this fight more difficult, but considering this was a significant boss fight progression-wise, it does feel tremendously underwhelming. Although many franchise bosses are ultimately just lumbering beasts with various attacks, most of the fights do a fairly admirable job of disguising this in some way.

Dirty Colossus, however, feels like it could be the template that the team uses to build every other boss fight off of. Aside from the lingering darkness that surrounds the Colossus imagine the Balrog in Fellowship of the Ring , this is a perfectly average fight in a game filled with otherwise pretty creative bosses.

Remember earlier when I mentioned boss fight callbacks that would actually be featured much more prominently on the list? This is not that fight. Scorpioness Najka is essentially a re-imagining of the Dark Souls fight with Chaos Witch Quelaag but offers substantially less than that encounter did. In that respect, Scorpioness Najka falls short. You know, the Dark Souls wiki does such a good job of describing this particular encounter, that I feel the need to quote it here:.

They also go on to mention that his skin is on fire, which is indeed his trademark characteristic. Otherwise, this is a boss you actually see multiple times in Dark Souls , with this being the least memorable of the encounters. Crystal Sage relies on some of the worst Dark Souls boss fight tropes.

Mirror copy enemies? Summoning damage-dealing items from the ground? Cheap magical spam? Check, check, check. The premise of how you encounter the Giant Lord is actually fairly interesting as it requires you to essentially take a trip through time and encounter a beast that actually plays well off an earlier boss lore-wise. The fight itself is a disappointment, though. Unfortunately, this fight is undone by the way these guys are cheesed into an easy battle, removing much of the drama from the encounter. As one of the first bosses that players encounter in Dark Souls , this showdown with the Taurus Demon will always hold a fond spot in the hearts of many Dark Souls players as an early reminder of just how screwed they truly are.

Nostalgia aside, though, this fight suffers from a similar problem that the Ruin Sentinels battle does in that it is too easily exploited. By making your way up a convenient ladder and dropping strong diving attack after strong diving attack onto the Taurus Demon, it becomes quite easy to beat this lovable monster even at lower levels. This is one of those boss fights that sounds pretty great on paper. Instead, you have to work your way up a series of steps in a derelict tower in order to get into position to jump on this boss and land the killing blow.

Most will beat this boss on the first try which is kind of a shame. In many ways, Phalanx is a precursor to Royal Rat Vanguard. The great thing about that, of course, is that pirates are cool. 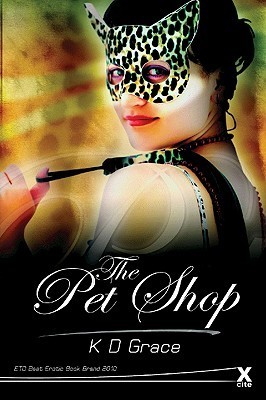 The biggest problem with Flexile Sentry is that the boss rarely takes advantage of its unique design to really come up with creative attacks. Cursed Rotted Greatwood is one of the first bosses that From Software showed when they were first promoting Dark Souls 3 , and we can certainly understand why that was the case. The set-up to this fight - an ancient tree slowly comes to life - is almost as good as the pay-off that sees you drop down to battle his roots. Mechanically, though, this fight is a bore. The challenge here has more to do with tedium than any mechanical mastery.

Well first off, props to these fine gentlemen for becoming lords of the skeletons, as that cannot be an easy title to come across. Skeleton bros are a universally tough lot and climbing to the top of their hierarchy is a real accomplishment. Much like Aldrich, the Oceiros fight benefits greatly from the lore behind it. The fight itself is actually pretty good to boot. Oceiros is a surprisingly aggressive boss whose odd design makes it somewhat difficult to read his fights. Further Reading: 20 Best Dystopian Games.

Halflight repeats an old Souls trick by allowing other players to participate in this boss fight and create a kind of PvP situation. Unfortunately, the technical execution is ruined by some pretty bad design choices. Far be it from me to call a snake lady who carries her own head and wields a spear a Medusa rip-off, but I do believe that Mytha may just have taken inspiration from Medusa during the design phase. Despite the familiar visual cues, this is actually an interesting fight given the area where it's set.

While most of the time Mytha is surrounded by a pool of poison that harms you and heals her, if you manage to burn an otherwise perfectly innocent windmill prior to this fight, then you can remove much of the poison and make the battle easier. Of course, a similar idea would actually lend itself to a much more interesting fight elsewhere in the game. The low rank of this boss fight will undoubtedly be controversial to some.

After all, this boss fight demands that players abandon the comfort of the circle-strafe strategy and employ some expert combat rolls in order to win the day. Unfortunately, this fight lacks flair. While Sanctuary Guardian is perhaps the weakest of the four new bosses in the bunch, this is still a good encounter. To be honest, those who believe that the best Souls boss fight must also be its toughest will likely balk at this fight being ranked among others in the franchise.

However, this fight nails the feel of an epic encounter. I really want to like Moonlight Butterfly more than I do. The problem is the fight itself.

There was potential here for a really interesting fight, but the presentation of the battle is excellent regardless. Fights against Souls giants are traditionally kind of unmemorable due to the mechanical pattern they fall victim to. Avoid the power attacks, roll between the legs, and repeat.

Dragonrider is a fairly standard example of this type, though he does have one interesting twist in the form of a collapsing arena that falls away as you deal more damage. By making that process more difficult, this boss fight is made more memorable. That said, damn this is one annoying fight.